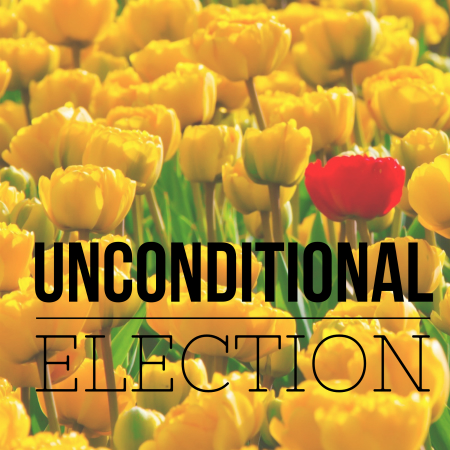 Election is one of the most controversial doctrines in Christianity, but it need not be so. Let’s look to the Scriptures to find out if election is taught there and then to see how we should define it. When discussing election, we also need to consider two other concepts that are associated with it: God’s foreknowledge and predestination. Once we’ve done that, we can apply it to the Christian life and look at the issue of fairness.

Before considering election, it is important to remember what the Bible teaches regarding man’s sinful nature. Every descendent of Adam is born with a sin nature which affects the whole person (mind, will, affections, conscience) so that every thought, word, or action is displeasing to God. Because of this total corruption of man’s nature, he is unable to do anything that pleases God or move towards his own salvation. This is called the doctrine of total depravity and is found throughout the Bible (for example, Gen 6:5; Prov 20:9; Jer 17:9; Mark 721–23; Rom 1:18–3:20; Eph 4:17–18). Because of our totally depravity, no one “seeks after God” (Rom 3:11).

The verb “to choose” is used throughout the New Testament to describe God’s unconditional choice in salvation. Ephesians chapter 1 is the most explanatory passage in the Bible on unconditional election. To begin his letter to the Ephesian church, Paul writes “He chose us in Him before the foundation of the world” (1:4). Here we see that before God had created the world, or anything in the universe, He chose us, genuine believers to be His people. This is to be done “in Him,” in union with Jesus Christ. God planned before we were ever created that we would one day be united to Christ in His work of redemption at the cross. Paul continues this idea with a parallel in the very next verse, “He predestined us to adoption as sons through Jesus Christ to Himself, according to the kind intention of His will” (v. 5). To predestine means determine beforehand. This means God determined beforehand to adopt us as His sons before the present time, indeed before the world was ever created. Again, this is to be done through Jesus Christ. As Paul reminds us here in v. 5, only the person and work of Christ can bring us into a saving relationship with God the Father. This choosing was done according to the kind intention of God’s will. He did not have to elect because the human race had rejected Him already and turned away, but He chose to do so out of love. This kind intention comes within God himself and it is of nothing we have done (v. 9).

Even faith in Christ is a gift of God and should not be seen as something that merits God’s choosing us (Eph 2:8–9). Election is completely by God’s grace, His unmerited favor towards sinners that are guilty before Him. God had a purpose in electing certain individuals, although we do not know what that is because He has not told us (v. 11). To summarize Eph 1, before He created the world, God the Father elected certain people to salvation through union with Jesus Christ His Son based on His own intentions and no merit of our own. From this union with Christ flows our blamelessness (v. 4), adoption (v. 5), redemption (forgiveness of sins, v. 7), inheritance (v. 11), and sealing in of the Spirit (v. 13). We see here that not only does God elect people to salvation, but that He does so according to His own purposes and not according to any merit or work that we have done.

We should also look at two key passages in Romans. Paul writes that “For those whom He foreknew, He also predestined to become conformed to the image of His Son” (Rom 8:29). Here we learn that God predetermined beforehand who would be conformed into the image of Christ. Those whom He chose are the ones he “foreknew.” Notice that it says God foreknows people, not what choices they would make. Indeed, God knows the future perfectly, but that is not what is in view here. In Rom 8:29 foreknowledge is not looking into the future to see who will choose Christ, but is referring to God’s predetermined love, his “fore-love.” In Rom 11:2 Paul says that Israel has not been rejected because God foreknew them. There are no verses in the Bible that speak of God’s election based on the faith that people will have in the future. Also, God is said to have “foreknown” Jesus (Acts 2:23; 1 Pet 1:20) before the foundation of the world. Obviously this does not mean God looked down the corridors of time to see what Jesus would choose. God the Father loved God the Son within the Trinitarian relationship before creation.

Many other passages teach God’s unconditional election of individuals to salvation. Jesus said that the Father has chosen whom He will reveal Christ to (Matt 11:27). Only the Son gives life “to whom He wishes” (John 5:21) and those who come to Jesus are able to do so only because they have been drawn by the Father (John 6:44). When speaking to His disciples, Jesus says, “You did not choose Me, but I chose you…because you are not of the world, but I chose you out of the world” (John 15:16, 19). He also told them, “I do not speak of all of you. I know the ones I have chosen” (John 13:18). God chose Israel out of all the nations to be His people (Acts 13:17).

As a side note in regards to Israel, God made it clear that He did not choose them based on anything they had done. Moses said, “The LORD your God has chosen you to be a people for His own possession out of all the peoples who are on the face of the earth. The LORD did not set His love on you nor choose you because you were more in number than any of the peoples, for you were the fewest of all peoples, but because the LORD loved you and kept the oath which He swore to your forefathers” (Deut 7:6–8).

James speaks of God choosing “the poor of this world to be rich in faith and heirs of the kingdom” (James 2:5). When the gospel was preached at Psidian Antioch by Paul, “as many as had been appointed to eternal life believed” (Acts 13:48). Paul writes to the Thessalonians that God has elected them (1 Thess 1:4; 2 Thess 2:13), as does Peter (1 Pet 1:1–2a; 2:4, 9). In fact, near the end of his life Paul said he endured sufferings and persecutions so that the elect could hear the gospel preached (2 Tim 2:10). These verses teach us that God has chosen a people for His glory, what John refers to as “the book of life written before the foundation of the world” (Rev 13:8; 17:8). This is only a sampling of passages teaching unconditional election in the Bible (many more could be found in the OT), but they are sufficient to see that election is indeed a doctrine taught in the Bible.

Regarding the question of fairness, the Bible addresses this question in Romans 9. Paul writes, “but there was Rebekah also, when she had conceived twins by one man, our father Isaac; for though the twins were not yet born and had not done anything good or bad, so that God’s purpose according to His choice would stand, not because of works but because of Him who calls” (Rom 9:10–11). This informs us that God chose one person, Isaac, over his brother Esau, before Jacob was born or chose to follow God. Paul expects someone might suggest that this seems unfair, so he states, “What shall we say then? There is no injustice with God, is there? May it never be!“ To explain that God has a right to choose whomever He wills, Paul reminds his reader what God said to Moses, “I WILL HAVE MERCY ON WHOM I HAVE MERCY, AND I WILL HAVE COMPASSION ON WHOM I HAVE COMPASSION” (v. 15). Election to salvation is unconditional, it does not depend on the man who wills [choses] or the man who runs [works], but on God who has mercy” (v. 16). Verses 17–24 go on to answer other objections that people might raise against God’s sovereignty.

The point is that God is the Creator of all mankind; therefore He has the right to choose who will receive salvation and glorify Himself. Because of total depravity, fairness demands that all people should suffer eternal punishment in hell. However, our loving and gracious God has chosen multitudes. These were sinners under His wrath too, until He saved them. I personally am overjoyed that God did not treat me “fairly,” but instead chose to treat me with His mercy and compassion. The doctrine of election should cause us to find comfort in a sovereign God and praise Him for the work He has done for us.