Sign up for the upcoming Women's Conference "The Well-Spoken" Life on November 11-12 with Susan Heck. 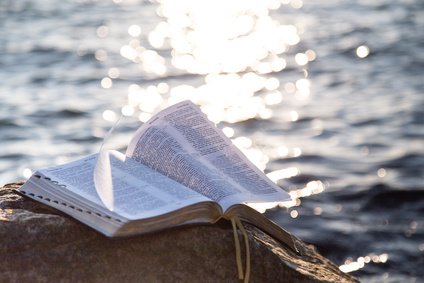 At Grace Bible Church of Boerne we teach that the Bible is God’s written revelation to man, and thus the 66 books of the Bible given to us by the Holy Spirit constitute the plenary (inspired equally in all parts) Word of God.

What does “inspired” mean?

When the Bible is spoken of as being “inspired”, this means that it is breathed out by God through the hands of men that were borne along by the Holy Spirit. The Scriptures themselves make the claim to be inspired in 2 Timothy 3:16-17, which says, “All Scripture is inspired by God and profitable for teaching, for reproof, for correction, for training in righteousness; so that the man of God may be equipped for every good work.” The underlying Greek word for “inspired” is theopnuestos, which actually means “God breathed.”

Because the Bible is the word of God breathed out to man, we teach that the Bible is authoritative in our lives and constitutes the only infallible rule of faith and practice.

What is the relationship between infallibility and authority?

The Bible is authoritative because it is the word of God, and God Himself is the ultimate authority in all of existence. As already discussed above, both 2 Tim 3:16-17 and 2 Pet. 1:21 both show that the Scriptures are inspired directly by God. Therefore, since the Bible is inspired by God and God is the ultimate authority, God’s Word (the Bible) is also our ultimate authority for all matters in life. Psalm 12:6 speaks of the Bible’s authority when David writes, “the words of the Lord are pure words, like silver tried in a furnace of earth, purified seven times.” Psalm 119:140 also says, “Your word is very pure.”

The Bible is infallible because it has been given by divine inspiration and is true and reliable in all the matters it addresses, and will never mislead us. If the Bible is breathed out by God and the very word of God, we must also conclude that the Scriptures are inerrant. The term “inerrancy” means that the Bible is without error in its original writings and never contradicts itself. If there is a perceived error by the reader, it is in the reader’s interpretation, not in the original text. For God to say his Word is pure, and then to allow error to be written in the original copy, would be equivalent to God lying. Yet we know that God does not lie (Tit. 1:2) because he is not like men who speak untruths (Num. 23:19). Even Jesus Himself uses the argument that the Scriptures are inerrant and infallible when He says “the Scriptures cannot be broken” (Jo. 10:35).

What is the Bible’s authority on theological controversies?

The Bible is the ultimate and final authority on all theological controversies. This is the doctrine that the Reformers called “sola scriptura”, which is Latin for “the bible alone.” The Scriptures, both the Old and New Testaments are the final authority in all matters they address and are necessary for salvation and holy living before God (2 Tim. 3:16). This means that we are to exclude Rome, the Pope, denominations, doctrinetradition, personal experience, human logic, and science as having the final authority in theological matters. Instead of being subject to these things, Scripture is held up as judge over them. Throughout Jesus’ ministry He relied on the Scriptures as the final authority. He resisted Satan’s testing by answering with Scripture three times. Jesus rebuked the Jewish leaders of His day for “not knowing the Scriptures” and “invalidating the word of God by” their own tradition (Matt. 22:29; Mark 7:13).

What About General Revelation?

The other category of revelation that God has given us is called “general” revelation. This is the knowledge that God exists revealed through His creation. Speaking of the Gentiles, the apostle Paul states, “that which is known about God is evident within them; because God made it evident to them” (Rom. 1:19). He goes on to say that the unbelievers are without excuse because God’s attributes, power and divine nature are clearly seen in His creation (1:20). God has also put a moral conscience in all men’s hearts so that they may know right from wrong, even if they have never been exposed to special revelation (Rom. 2:14-15). But general revelation can never lead to a knowledge of saving faith in Christ without special revelation, otherwise Paul’s statement about sending out preachers in Rom. 10:13-17 would be pointless.